Runduce was our first proper racing car, its origin is a Mitsubishi Evo 8 which has undergone a full circuit race preparation.

This includes full suspension tuning,dampers,joints,bushes and camber/caster udjustment options.The engine is a work of art as well, the OEM 2 liter engine has been stroked to 2,2 liters with JUN auto internals, the cylinder head has been ported polished and has had JUN racing valves,spring,retainers,camshafts etc etc.Basically this is a JUN long block

The turbo is an HKS item, the T04Z was chosen to this car as we were looking to produce at least 550 hp with minimum lag.I think we did good as the engine has power from 4500 to 8500 rpm.But to be honest I had hoped we would have had that power from 4000 rpm  but the car is fast and still easy to drive.The car weighs aprx 1080 kg and with 580-600 hp available at 1.75 bar boost, it has a very good power to weight ratio.

The actual handling of the car is as good as the engine, it is very easy and very precise at the same time, it does not oversteer and therefore it encourages you to enter  corners faster and faster every lap, on the exit of the corner  you will tend to think it would understeer from its behavior into the corner, but it does'nt.It is able to put that power into the ground without pushing the front end straight on like most other 4wd cars.

The car is built in Japan and has done a sub 56 second lap at the famous Tsukuba circuit, at that time it actually beat the Cyber Evo that was actually the fastest Evo in the world at that time.When the car arrived here in Switzerland I started to fine tune various suspension setups and engine configurations, and after some 4 days testing I was happy with the car.This car can be a track day warrior or very very hillclimb car, to give an example it is several seconds faster than current WTCC cars doing a lap of Hockenheim and similar to DTM cars. 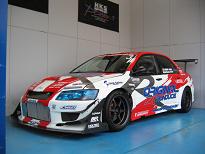 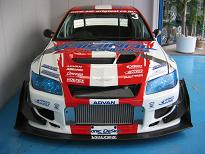 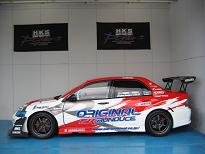 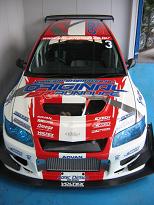 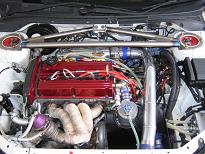 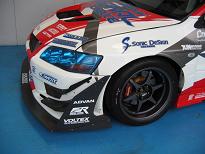